On March 15, 1892, Liverpool FC became and gained recognition by the Board of Trade on June 3 making it our Official birthday.

William Edward Barclay and John Mckenna were the first Liverpool managers appointed in 1892.

Liverpool registered League titles twice on 1900-01 and 1905-06 under manager Tom Watson who was appointed in 1896 after gaining promotion from the second division.

As the First World War broke out manager Tom Watson embarked on his nineteenth season as Liverpool manager. He died in May 1915.

Tom is still Liverpool’s longest-serving manager, as he served the club for 19 years

Since winning consecutive League titles in 1922 and 1923 Liverpool did not win another trophy until the 1946-47 season under the stewardship of George Kay. The club won the League for the fifth time. The Reds finished the season just a point ahead of rivals Manchester United to become the first post-war league champions.

But the Reds suffered a Cup final defeat to Arsenal in the club’s first-ever Wembley appearance.

The Reds regained promotion from the second division and sooner went on to win three league titles, two FA Cups, and the first UEFA Cup.

Shankly became fans’ favorite who even called some supporters at home to discuss the previous day’s game. 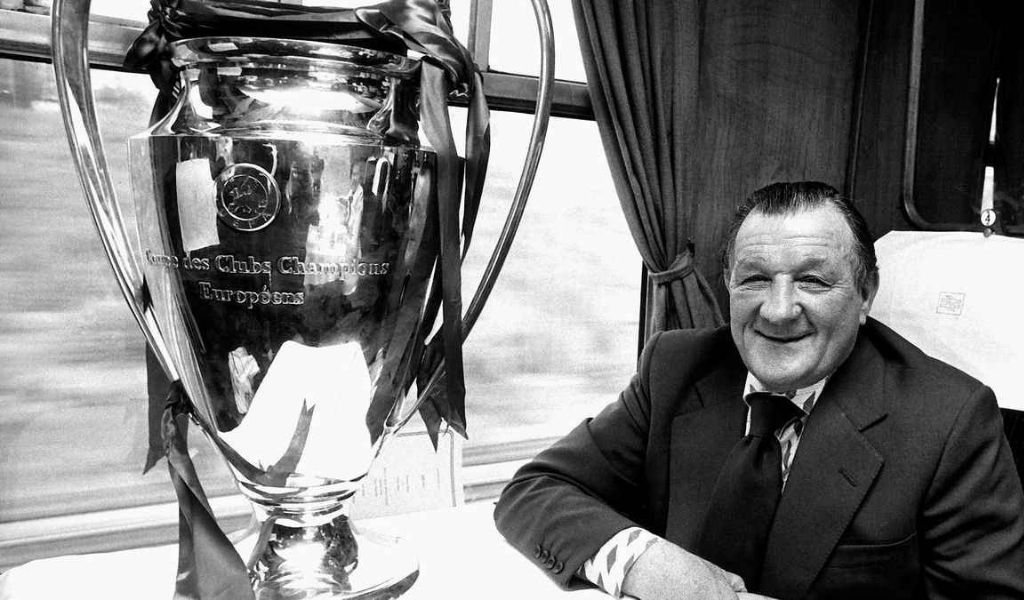 But before leaving Anfield, Shankly delivered the League title, and UEFA Cup during the 1972-73 season. Also, FA Cup returned to Anfield in the 1973-74 season.

And after Bob Paisley took charge for the next nine seasons, Liverpool won six League titles and three European Cups to become the most successful manager in the history of the club.

After Paisley retired in 1983, his assistant Joe Fagan took charge. Fagan delivered the League, League Cup, and European Cup in his first season. Liverpool became the first English side to win three trophies in a season.

But after the Heysel Stadium disaster, Fagan retired. Striker Kenny Dalglish turned into the club’s first player-manager and led to the club a league and FA Cup triumph in his first season. And soon led to the club’s further two league titles and a FA Cup. However, the Hillsborough disaster led to resigning of Kenny on 22 February 1991.

From 1992 to 2012
Hiccups on the road
Champions League triumph

After Souness made way for Roy Evans who delivered the 1995 League Cup. And during the 1998-99 season, Gerard Houllier was appointed as joint manager alongside Evans.

Later after Evan resigned, leaving Houllier in sole charge. The Frenchman became the club’s first non-British manager. And under Houllier Liverpool won the treble in 2001, consisting of the FA Cup, League Cup, and UEFA Cup.

Liverpool won another League Cup in 2003.

Then came Rafael Benitez who replaced Houllier who left the club on mutual consent. The Spaniard delivered the 2005 Champions League beating AC Milan on penalties. The following season, Liverpool reached the FA Cup final and went on beat West Ham on penalties. Liverpool again reached Champions League final in 2007 but this time AC Milan defeated Liverpool 2-1. Benitez last managed Liverpool in the 2009-10 season and left the club on mutual consent.

Liverpool announced their new manager Roy Hodgson but after a disappointing spell, the Englishman was sacked in January 2011. Club legend Kenny Dalglish returned to the managerial hot-seat again. Dalglish guided Liverpool to Cup finals at Wembley winning the League Cup but losing the FA Cup to Chelsea.

From 2012 to present
Way to something special
The wait ends

On 1 June 2012 Brendan Rogers became the new manager replacing King Kenny. Rogers led Liverpool to an astonishing title challenge, the Reds settled for second place and scored 101 goals, the club’s most since the 1895-96 season.

The Irishman was relieved from his duties on 4 October 2015 and ended his spell at Anfield without a major trophy.

During the 2018-19 season, Klopp guided Liverpool again to the Champions League final but this time went on to win 2-0 beating Tottenham Hotspurs becoming European Champions for the sixth time. Also, Liverpool finished second-place finish in the League.

Next season, in the 2019-20 season turned out to be a special season. Liverpool collected the UEFA Super Cup beating Chelsea on penalties and winning the first-ever FIFA World Cup. Moreover, Liverpool notably won the Premier League title and first top-flight title since 1990 finishing

on the most points in the club’s history(99 points).

In the following season, in spite of topping the league table in December, the Reds dropped form and lost six consecutive home losses in a row. Eventually, Liverpool could manage to manage to reach the Quarterfinals of the Champions League and finished third in the League, in an injury-ridden season.

You may have missed